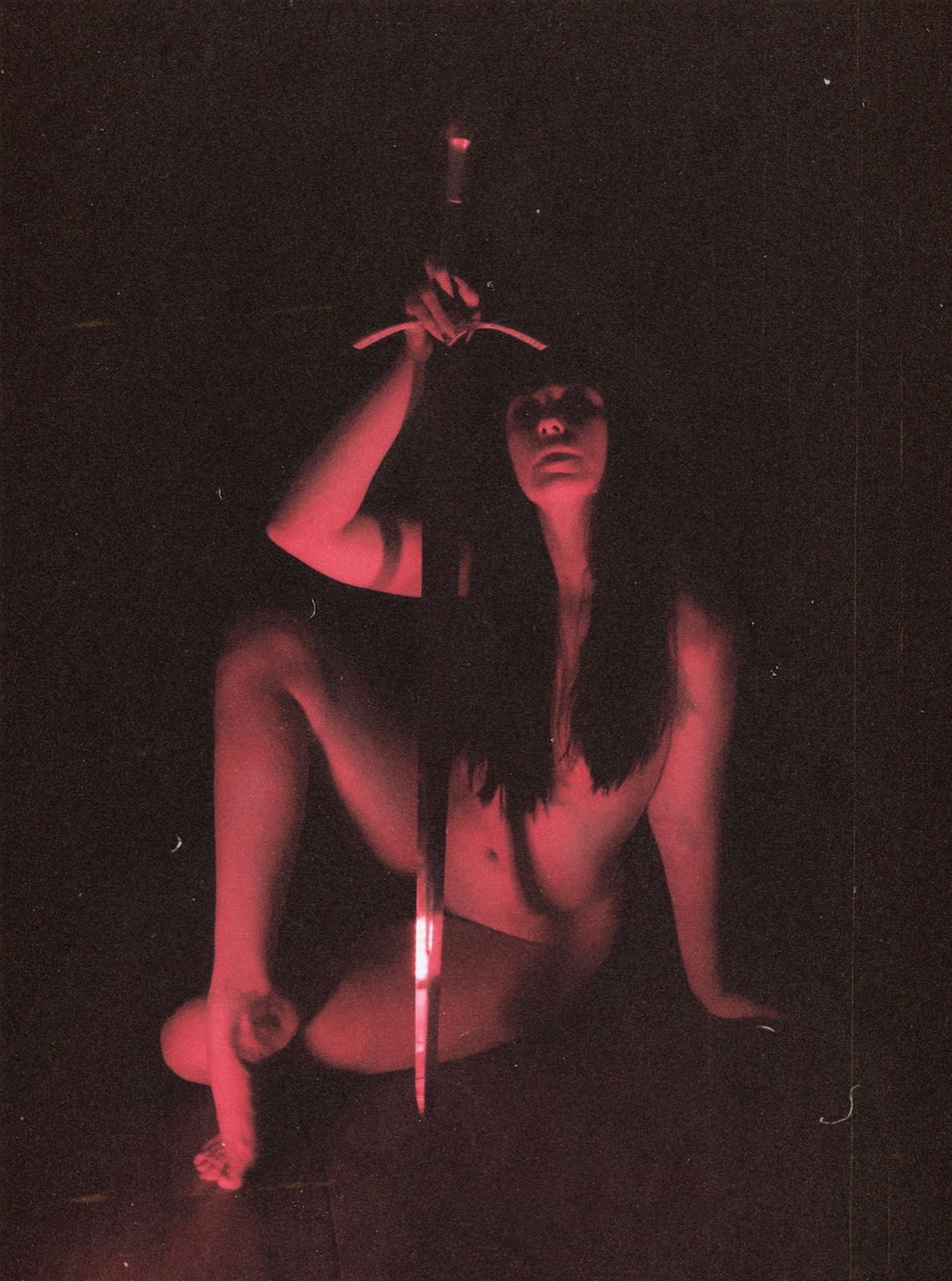 Nona Limmen (35) summons brooding and arcane forces from deep within her subconscious and binds them to film and digital images, these snapshots of menace, mystery and magick snatched from the boiling mists of eternity and suspended in the real so that we may wonder at their dark beauty. Drawing upon various strains of European folklore and a lifelong passion for the odd and the occult, Nona casts a web of pure visual spider-silk, pulling the viewer into her intoxicating world of pagan priestesses, vampire queens and blood-drenched shapeshifters." -Dark Art Bazaar

Dutch photographer Nona Limmen is based in Amsterdam, but her marvelous analog photos capture visions of a vast, mystical world nebulously bordering our own. This mysterious land, woven of dreams and memories, is inhabited by powerful women, liminal creatures wielding arcane forces so great they sometimes fracture their very being. Some of Limmen’s women are eldritch pagan priestesses conversing in whispered chants with the forests, mountains, and all the creatures under their aegis. They are fluent in the language of the wind and the ground beneath their feet speaks to their very bones. Others are shapeshifting damsels residing in gorgeously ruined castles. These women write their own fairy tales. Their predilections and appetites are peculiar and they’re in need of no one’s rescue. Then there are Limmen’s solitary phantom queens, forever roaming their kingdoms of vast moors, primordial forests, and barren plains. These enigmatic monarchs are at once as insubstantial as smoke or mist and solid as towering cliffs. Their solitude should never be mistaken for loneliness. Nona Limmen’s incomparable women are creatures born of folklore, mythology, and the collective unconscious. Her haunting photos capture them as they dance along the borders between our world and theirs. Perhaps, if you approach with just the right offering, one of them might grant you a glimpse or even passage into their realm, part dream and part nightmare. But don’t count on coming back. -Maika, Haute Macabre
Click here to pre-order the Standard or Slipcase Edition of the Age of the Succubus photo book!